Tales from the Real World

Technology is great, but sometimes when we apply it to real world scenarios there can be challenges. There might be people/process challenges, or issues trying to bring different types of technology together. We also need to make considerations around security and many other cross-cutting concerns. This is less about the theory, and the technology - focusing more on the stories and the lessons learned from the real world. Tune in to this and listen in! 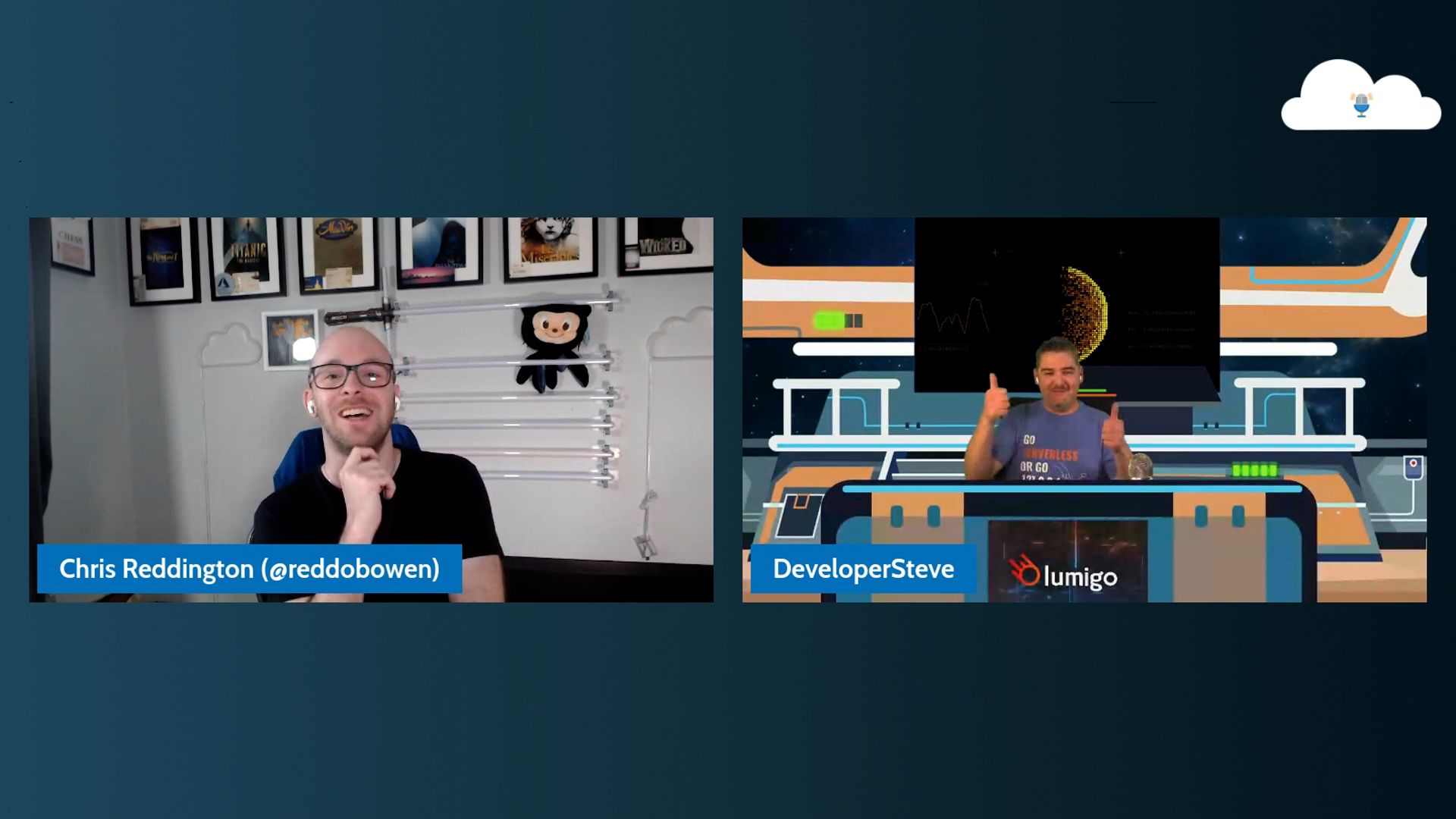 Building, Deploying and Observing SDKs as a Service

Maintaining and developing SDKs for a multiple of languages and platforms can be time consuming and laborious. While there are many ways to tackle such a feat, using open api spec, the biggest issue I’ve come across is generating SDKs that consume your service in a way that developers can use them. In this talk we are going to look at some ways to create your own customisable SDK generation service, Utilising openapi generator tools and ways to test against multiple language types. 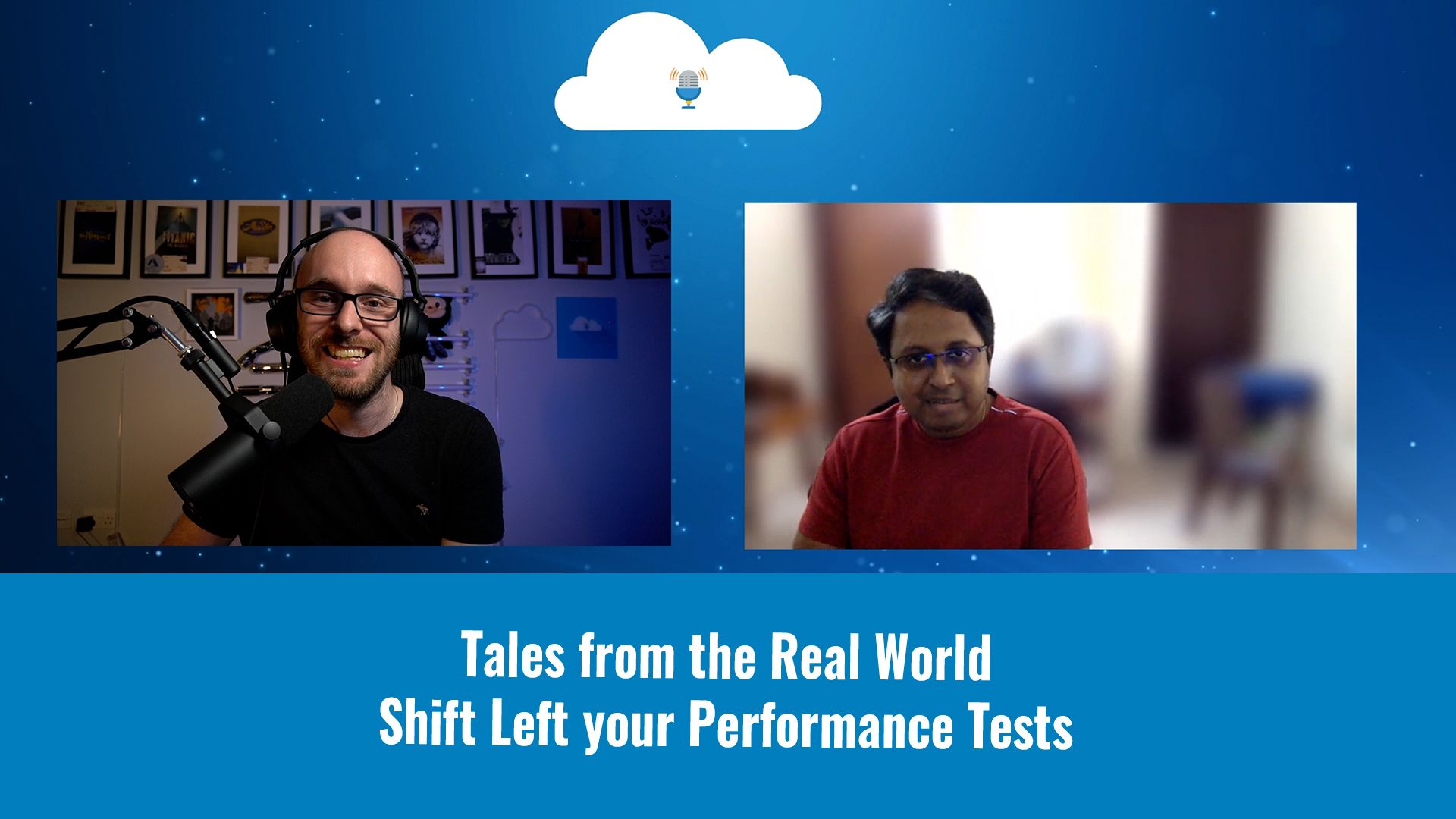 Tales from the Real World - Shift Left your Performance Tests

Perf Testing has traditionally been a higher environment activity. This leads to issues such as performance issues being identified late in the cycle, high MTTR for such issues, unplanned work, etc. However applying ‘Shift Left’ to Performance Testing is a hard problem to solve. In this episode, Chris is joined by HariKrishnan as they talk through Hari’s experience in the hurdles encountered running perf tests on local machines / lower environments. 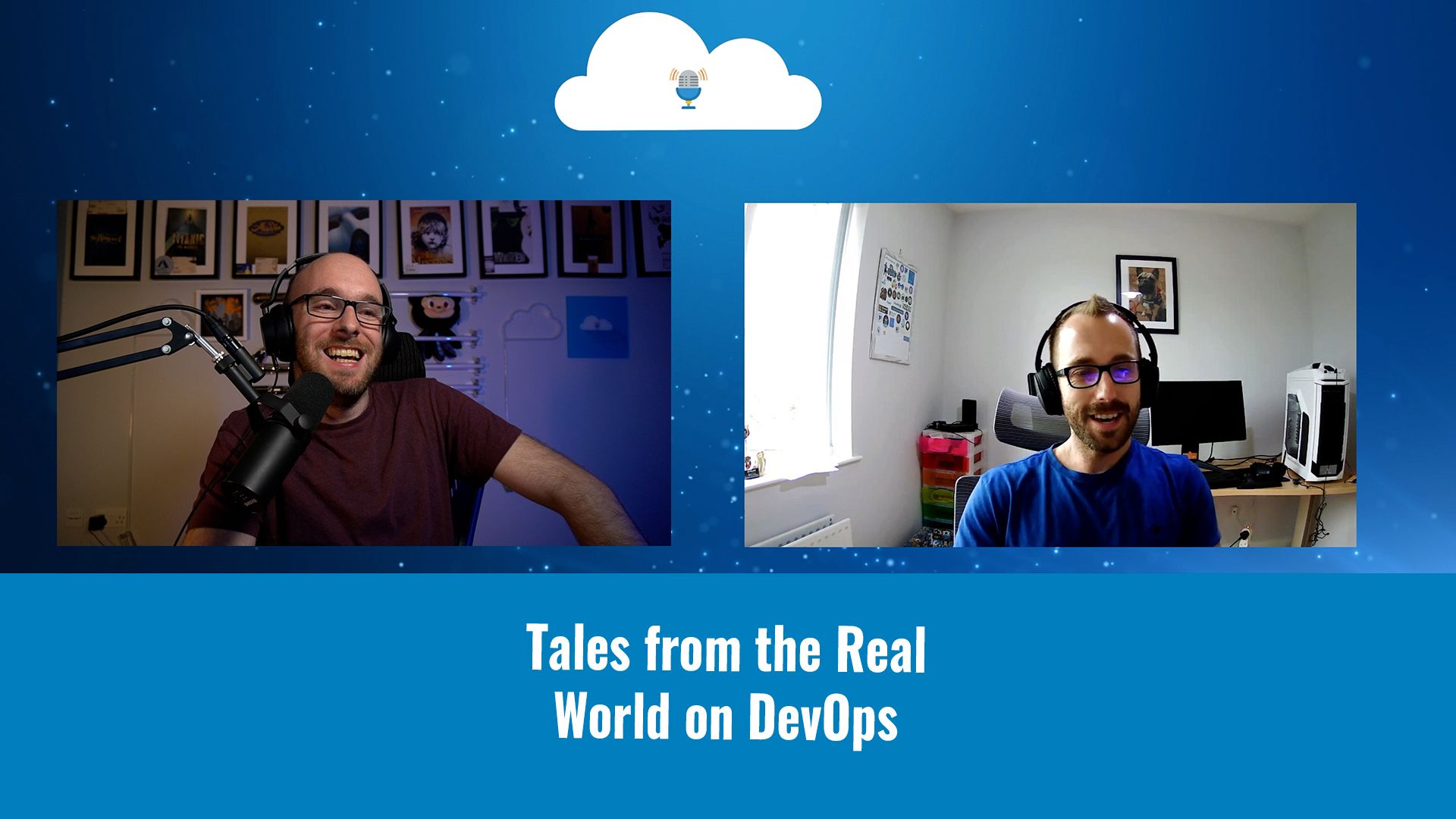 Tales from the Real World on DevOps

Listen in to this session as Chris is joined by Thomas Thornton, as they talk about DevOps in real-world scenarios. 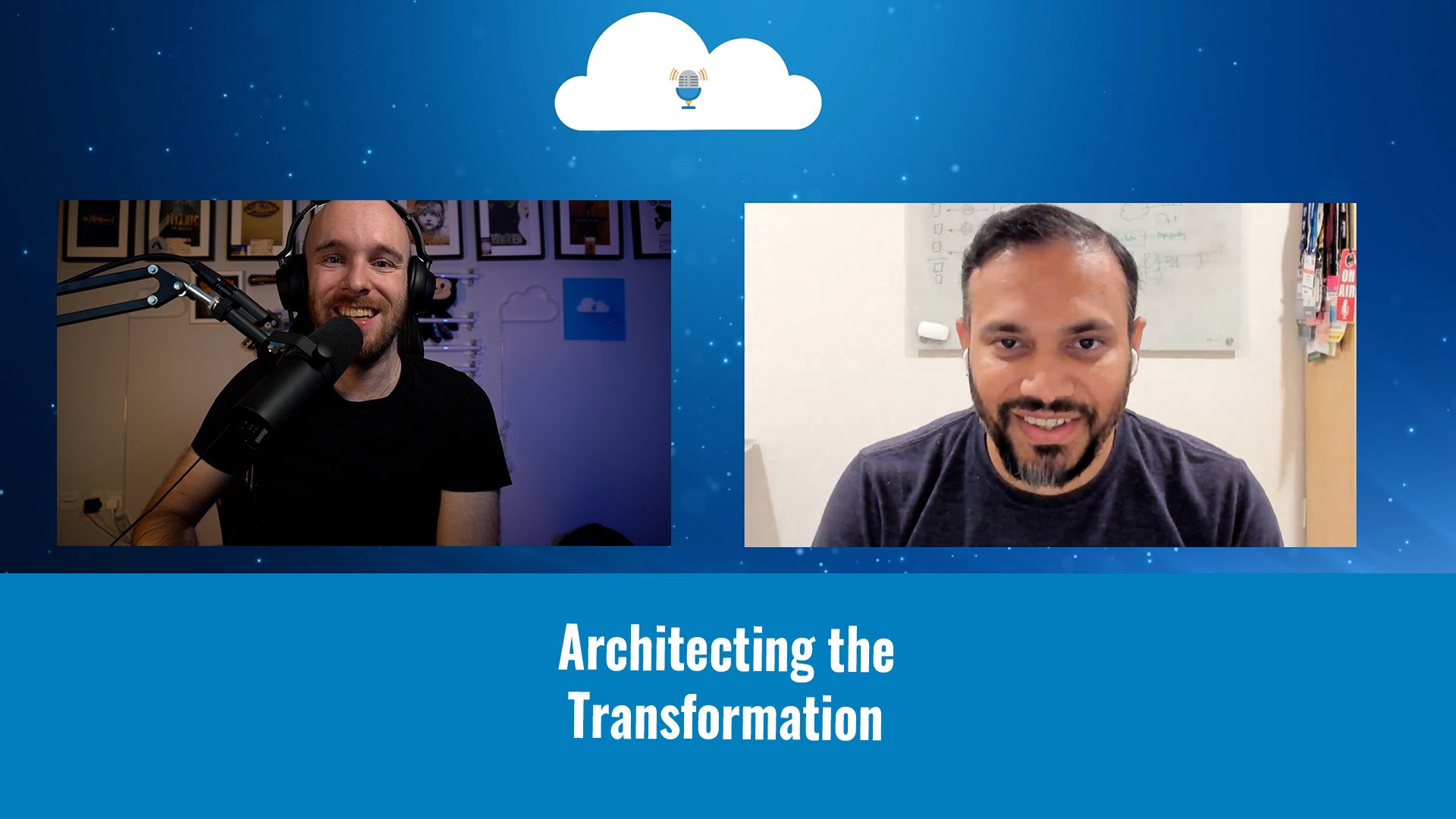 Tales from the Real World - Architecting the Transformation

Most organizations engaged in transformation today are moving from left to right in digitally-driven maturity models. The objectives are well known: increase agility, boost productivity, and provide seamless digital experiences for consumers. Architects play a pivotal role as the curators of this transformation. In this session, Asanka will share his experience on how architects can contribute and introduce a framework to follow on refactoring enterprises. 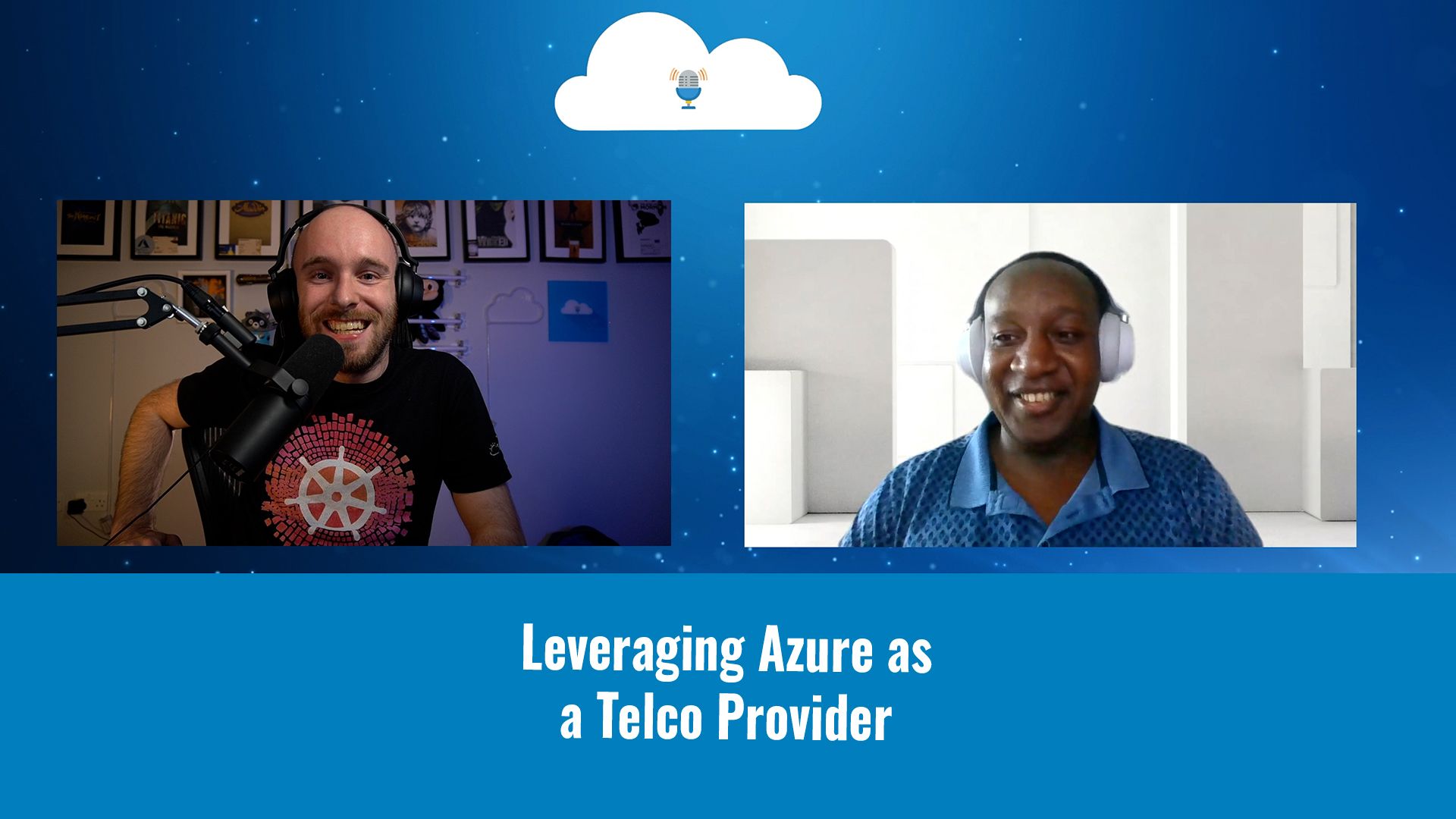 Tales from the Real World - Leveraging Azure as a Telco provider

In this session Chris is joined by Ivo who will explain how Telco providers are leveraging Azure to offer services to their customers. He will explain how they transform and what the future will be. He will also cover the benefits and struggles that they faced on the way. 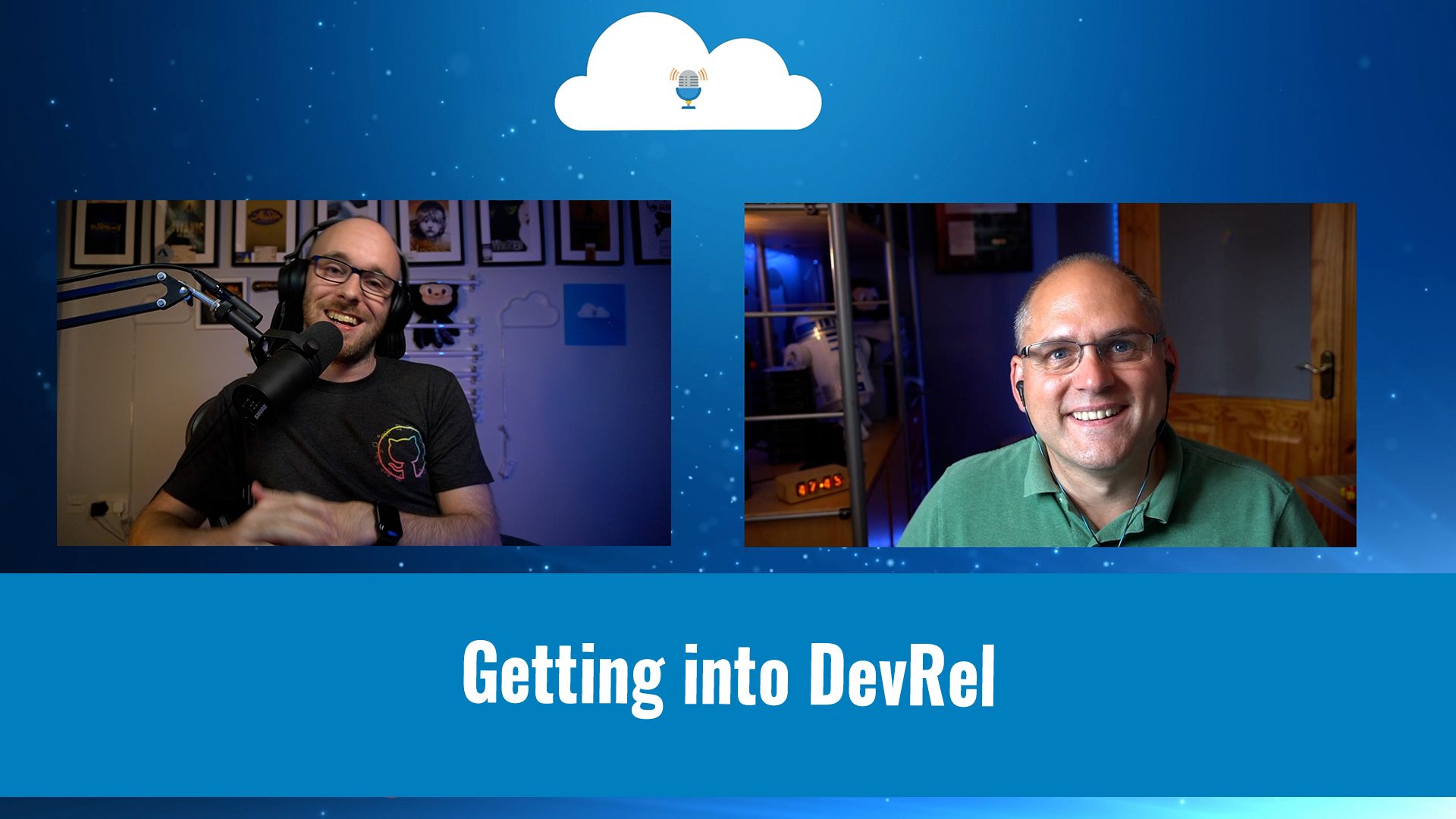 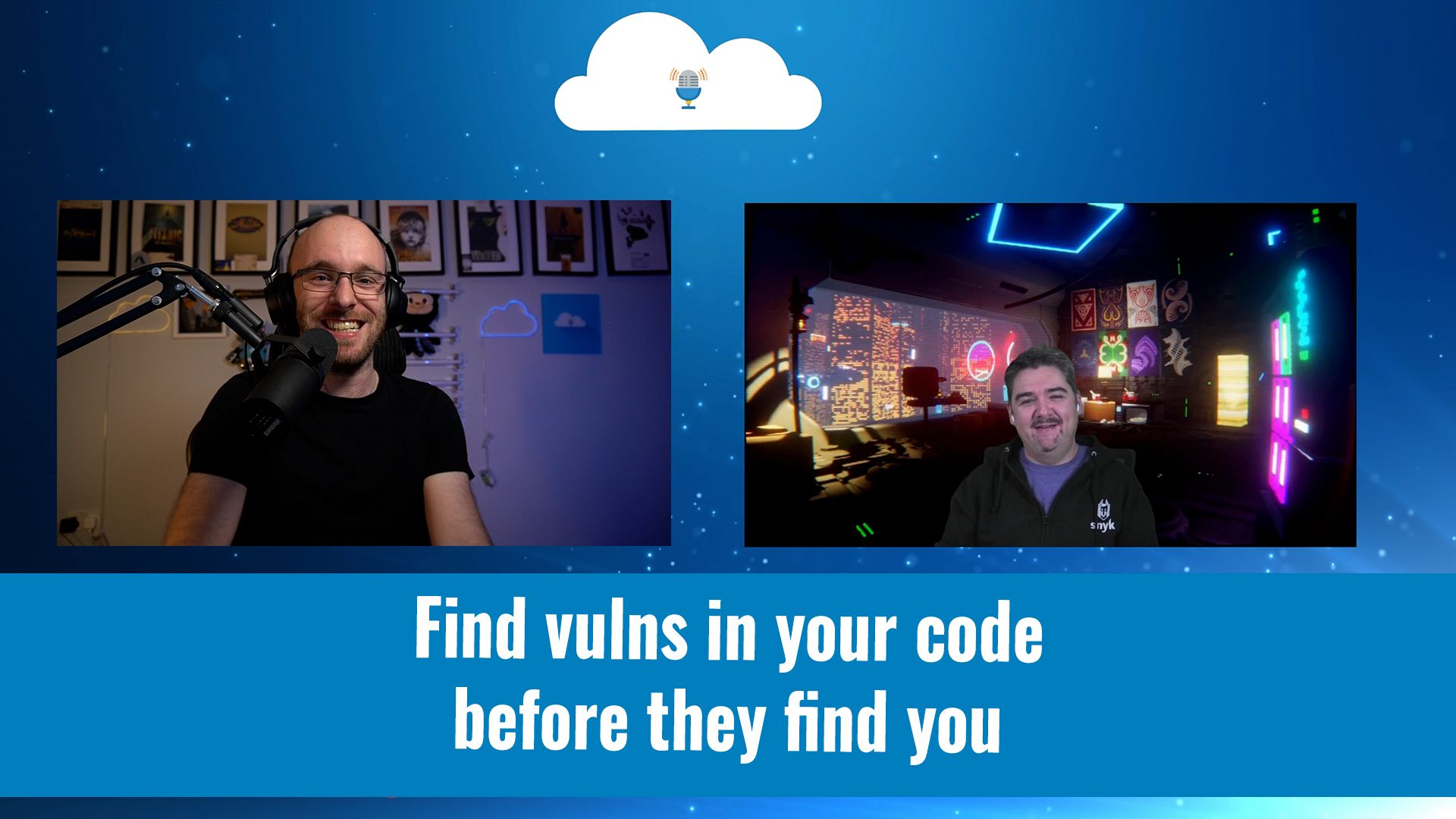 Find vulns in your code before they find you

In this session, Chris is joined by DeveloperSteve Coochin, a Developer Advocate at Snyk. In this episode, Chris and Steve talk about vulns in the wild for a bit (well and to geek out in general), especially on the back of some research that Steve did recently on the likes of PHP. Steve has recently been looking into the security vulns that get let in without developers even knowing (Teaser: He was really surprised at some of them!) 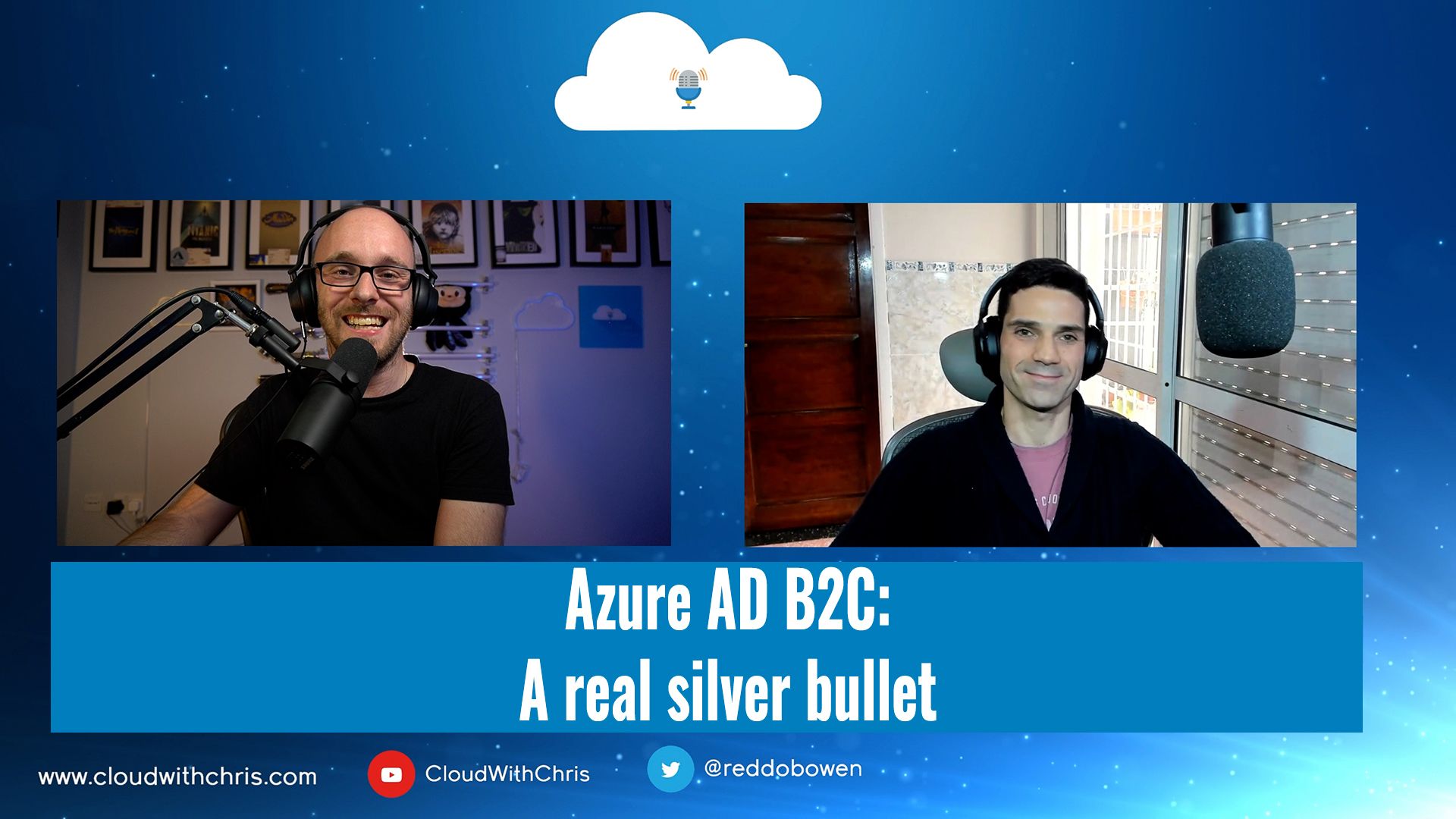 Due to COVID-19, vOpen.Tech had to move so quickly from being a physical event to a virtual one. That meant that collecting registrations and user info as well as registering users had to be done online. Azure AD B2C was the silver bullet that allowed us to overcome and succeed, with almost no code and in less that 15 days! In this session we will see how easy, fast and cheap we can have a production-ready, fully scalable, robust and secure IAM PaaS system with Azure AD B2C. 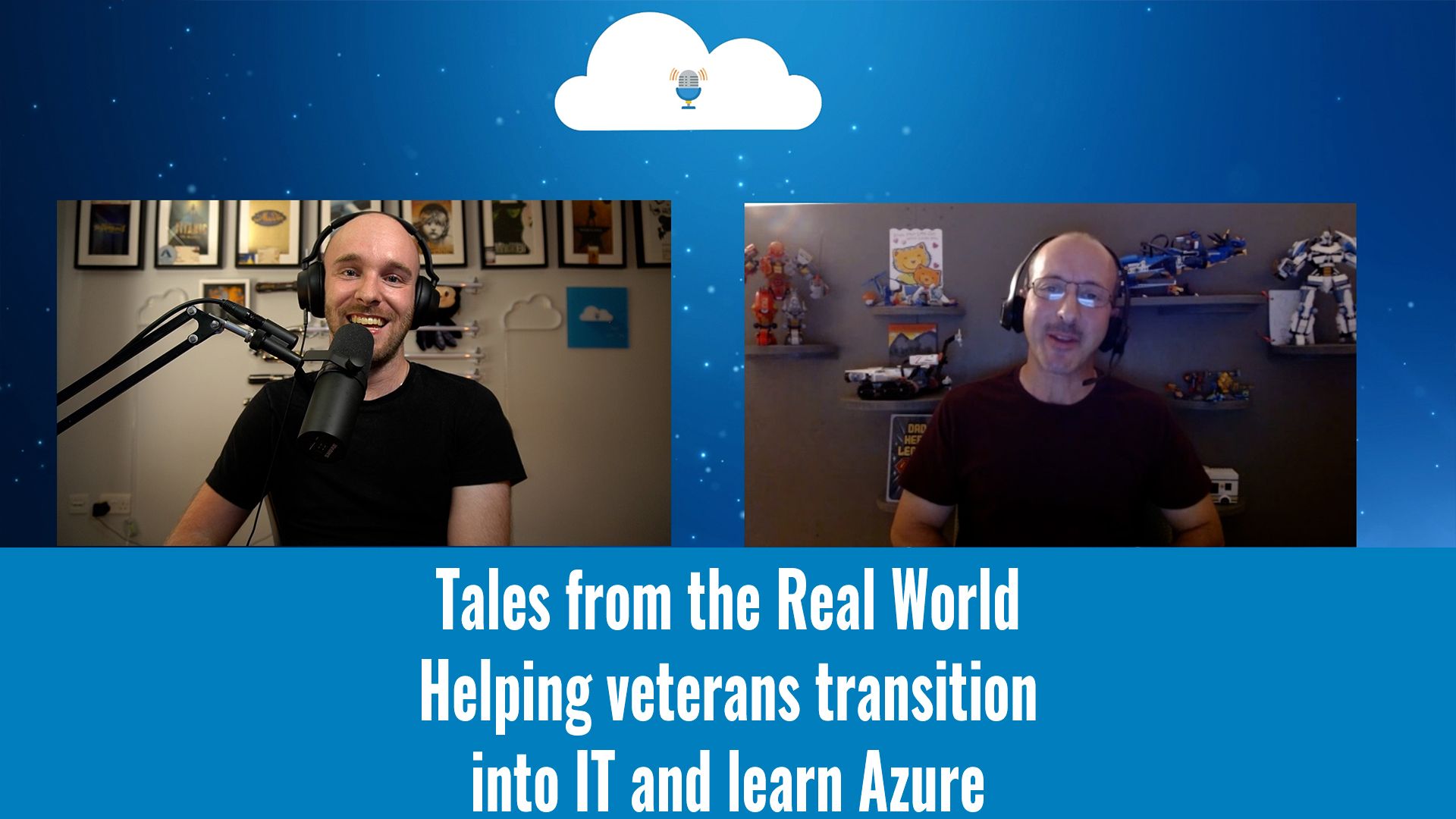 In this session, Chris is joined by Dr. Keith McNally. Dr. Keith teaches Azure Cloud to help transitioning military members gain employment in the IT industry. By using a project-based learning structure, he helps adult learners the features and functionality of Microsoft Azure. In this session, Chris and Keith talk through how this work came together, typical learning strategies/styles that work well in these scenarios and the types of technologies/projects that cohorts have worked through. Tune in to gain some tips that may help your own learning strategy! 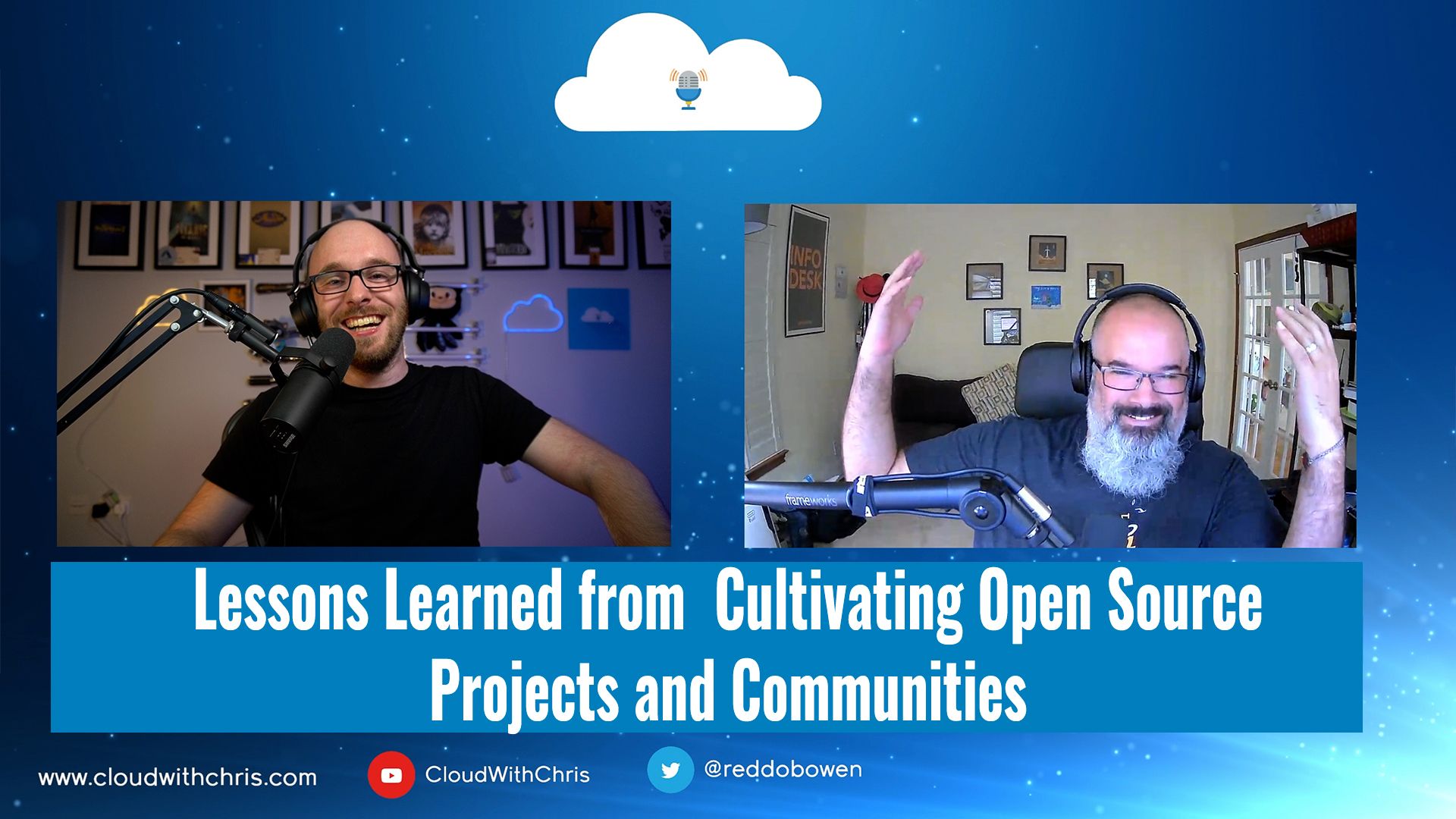 In this episode, Chris is joined by JJ Asghar as they talk through lessons learned from cultivating open source projects and communities. Over the last decade, JJ has had the privilege professionally of building and cultivating some Open Source projects and communities.This isn’t a tools talk. This is a talk about the soft skills you have to have to be able to succeed as a leader in an Open Source project. JJ’s journey started tending the frequently asked questions for a small Linux Distribution called CRUX, and then years later professionally moved to the OpenStack-Chef project to build OpenStack clouds. He has grown other projects along the way, helped build tooling and communities, some successful and still running today, others were just flashes in the pan. He’s learned a ton on this journey; and still is, but has some lessons that are hard-learned and hopefully will warn against pitfalls that can cause wasted cycles and pain.