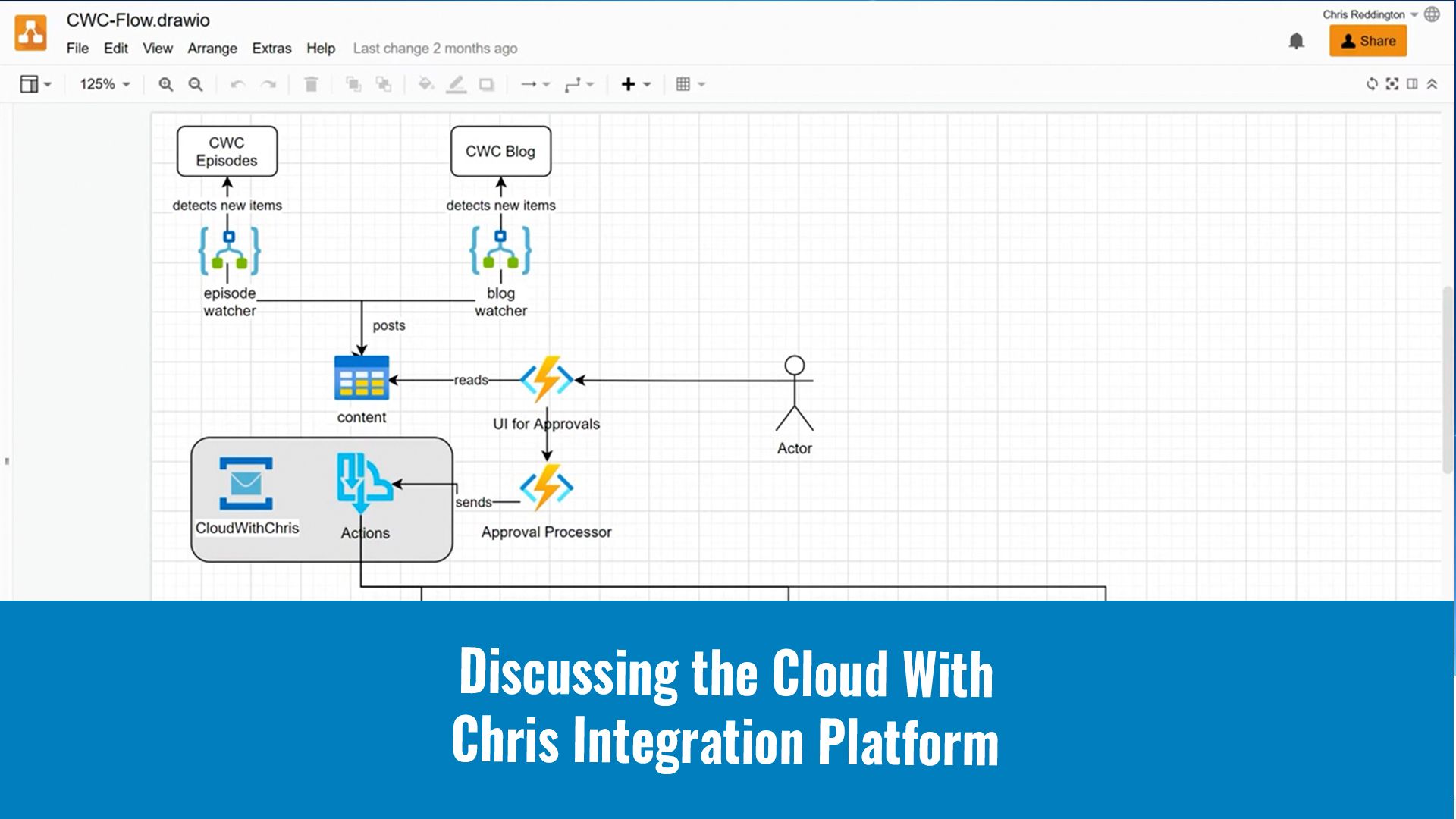 In this session, Chris is joined by Karl Cooke, Blogger at https://irishtechie.com. Chris and Karl talk all about the CloudWithChris.com integration platform, and the numerous automation/integration activities that Chris has in place to save time and focus on building content!

How I use Azure Integration Services on Cloud With Chris

I’ve written blog posts previously around Azure Service Bus vs Azure Storage Queues, as well as an introduction to Azure Logic Apps and how I used it at the time. Back then, my use-case was fairly rudimentary and focused on a specific scenario. In this blog post, I explain the changes that I have made and how I’ve used common cloud design / integration patterns to implement a more robust solution.

Azure Storage Queues vs Azure Service Bus Queues - Which should I use when?

I’ve recently been involved in a few integration focused discussions, where there is a requirement to bring together multiple separate systems. If you’ve been following the Architecting for the Cloud, one pattern at a time series, then you’ll have heard Peter Piper repeat a common phrase - ‘High Cohesion, Low Coupling’.

Many years ago, I wrote a blog post which introduced Logic Apps at a very high level when they were initially released. Ahead of a blog post that I want to write on Logic Apps v2, I thought that it may be worth writing a more thorough recap of Logic Apps as a platform. Logic Apps is a Platform as a Service (PaaS) offering, which allows you to easily build visual workflow integrations. Whether that’s plumbing several microservices together, entirely different solutions within an enterprise, or some of the repetitive backend administrative tasks for a podcast or blog site, Logic Apps may be worth exploring. 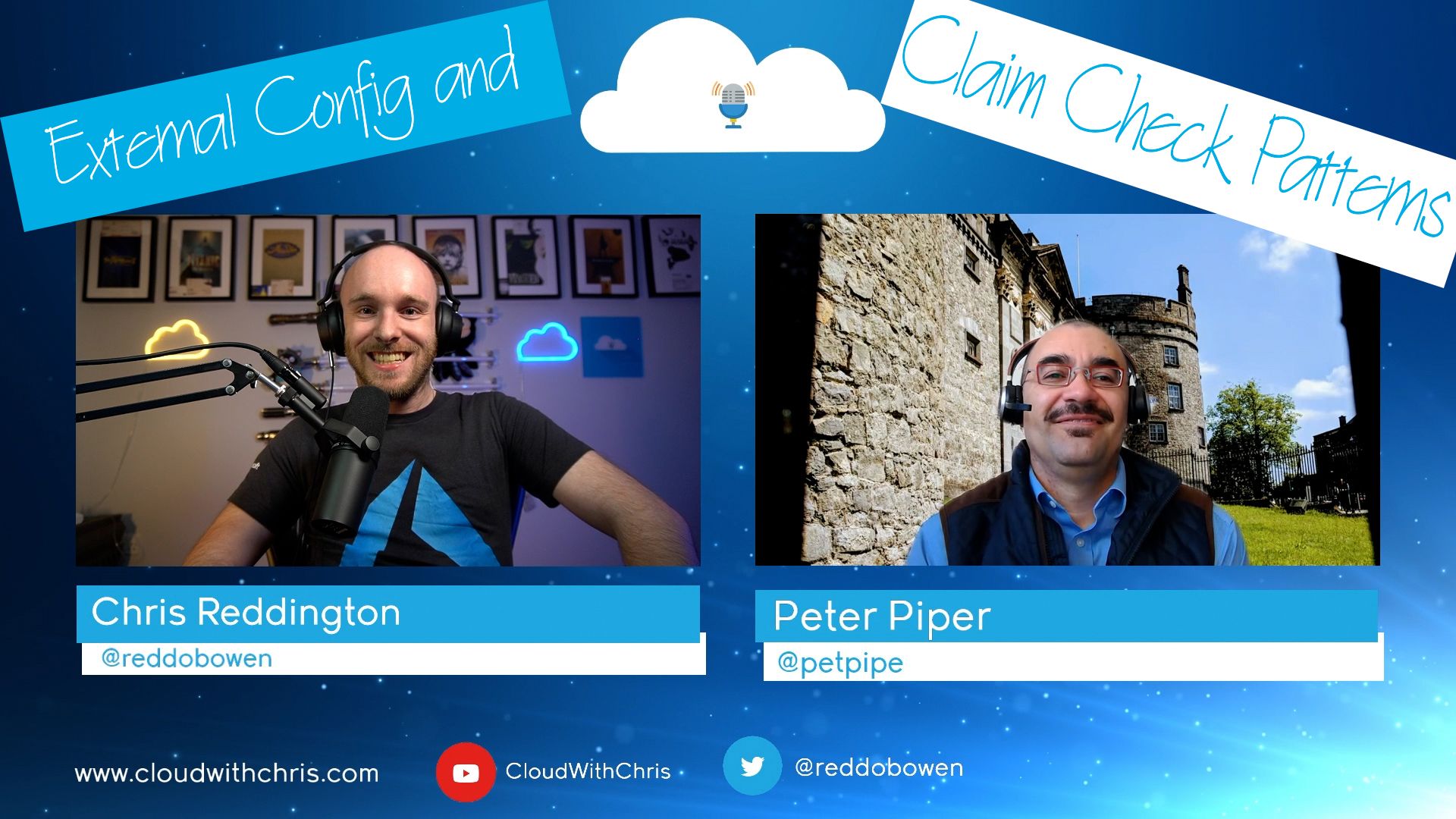 26 - The Pub Sub, Priority Queue and Pipes and Filter Patterns

Ever wondered how complex integration systems / enterprise messaging works? Curious about whether there’s a way to bypass and prioritise certain messages? Then join this episode as Chris Reddington and Will Eastbury explore the Priority Queue and Pipes and Filter patterns. Spoiler - These aren’t new cloud design patterns, and are well known patterns in the messaging world!

In this video, Chris updates on cloud with Chris from the recent week, and what’s coming up over the next week (Azureish Live, another blog post and The Pipes & Filter / Priority Queues patterns). We then explore the most recent updates from Azure Updates, Azure Architecture Center, Azure DevOps Blog and GitHub Blog. There are some good updates on Project Bicep, Delivery Plans 2.0. and a whole host of Azure updates this week!

21 - The Queue Based Load Levelling and Competing Consumers Pattern

Do you have an application with some specific requirements around scalability, and continuity of service? What happens if your service is hit by heavy load? Could performance/reliability issues cause an impact to your solution? This is where both the queue-based load levelling and competing consumers patterns shine. Tune in and listen to Chris speak with Will Eastbury as they discuss both of these patterns. This is another episode in the series of Architecting for the Cloud, one pattern at a time.